A quick post just to wish everyone who reads and comments on this blog a very Merry Christmas and a Happy New Year. Thanks to everyone for their interest in what antics I've been up to and the images I've managed to capture. 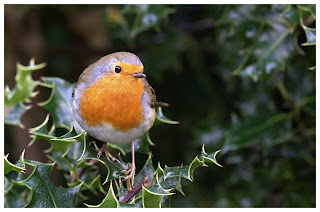 Here's to another year of adventuring in the world of bird photography.

Playing catch up again. With only a couple of hours of sunshine on the Saturday, I made a beeline for Whitacre Heath to get some "guaranteed" photos of birds, to cheer me up a little. Problem is, it's still a little early in terms of available light for that place yet, so what light there was, was rather harsh. Some of the shots look like I used a flash! 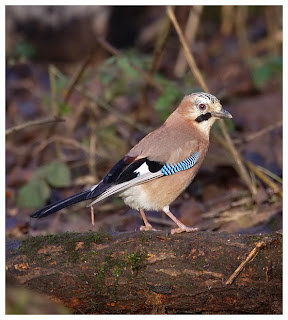 That was Saturday though, and Sunday I fancied a change. Venus Pools is a place I often hear about, and see some terrific photos from. Arriving early, I spotted a buzzard on a telegraph pole, so a quick 180 and I was parking up, just to see it fly off, like usual.

The pools were partially iced over and the fields around, shrouded with a thin veil of mist. Not ideal. Opting for a walk around the fields and lakes, I observed flocks of goldfinch and yellowhammers, plus chaffinches, fieldfares, redwings and the usual stuff. All generally too far off to photo, alas. But a pleasant place to wander around. A buzzard kept me interested as I tried to circle the lakes, only to reach a field full of bulls and thus had to walk back the way I'd come. It does annoy me when places aren't circular for walks, especially when not sign posted so.

Anyway, back at the feeders, there were masses of chaffinches - I think all the ones that used to be in my garden have moved over here. Greenfinches, various tits, tree sparrows, great spotted woodpeckers but alas no redpolls or brambling, though it has potential.

I was quite pleased to see a few rooks mooching about, as they're not a bird I usually photo or get that close to. Remind me of Ozzy for some reason. The light showed off their colours rather well too - not just black you know. 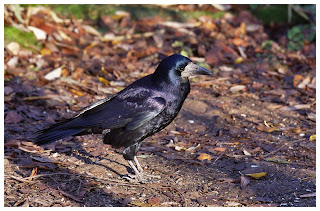 Unfortunately, even with the sunlight, it was, how can I put it, "bloody freezing" being sat there, so I had to abandon ship eventually and head to the warmth of my car's heated seat. Must be getting old! 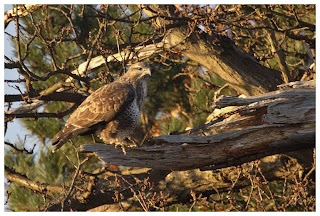 The road back seemed to have a buzzard in every tree, though typically there was either nowhere to pull over, or if I did, it'd take flight. One day I'll get one... one day. I think Venus Pools might be a spot to try later on in winter, perhaps as an alternative to Whitacre Heath.
Posted by Pete Walkden at 08:51 No comments:

Okay, so you might have thought that I'd vanished off the face of the planet, with the lack of blog entries of late. Things were a bit rough for a few weeks with Mum being seriously ill so I needed to be local and contactable, hence disappearing off to remote birding spots was impossible, and to be honest, not even on my mind.

Fingers crossed though, she seems to be on the mend and we're all hoping she'll make a full recovery now.

I spent a couple of spells over at the North Moors at Upton Warren, but the bittern that has been seen there before, apparently has moved on. We hope. Be very sad if it has been killed by one of the predators around. Hence, I didn't see it. Didn't see much at all to be honest, except distant redwings and fieldfares. 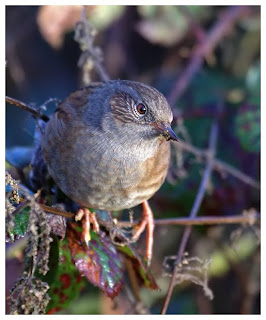 Then the news came of a glossy ibis, seen near the River Severn, near Holt. With the sun peeking out between the clouds, I made my way to the pub car park and then hot-footed it along the riverside. Unfortunately, after about a mile I realised it was nowhere to be seen, though several other birders reckon it had been seen across the water earlier. Just as hope was fading, news came in that it had relocated to a flooded field near Grimley, so my plans for a pint were put on hold for this chance of seeing it.

True enough, the bird was in the field, but by now the light was fading and clouds had rolled in too. And the bird was way too far off for a photo. Damn! And then to make matters worse, some muppet of a farmer fired off a round which put everything up into the air... and we all watched as the ibis flew off. Got some record shots of it though they look like cardboard cut-outs! 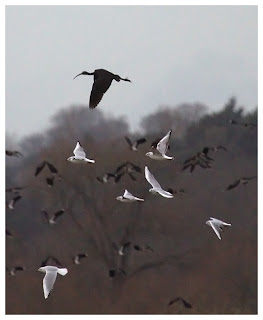 On the Sunday I thought I'd try for a bird I've not visited since pretty much this time last year. A tawny owl. And a bit of a local celebrity, as it's virtually always in the top of a broken tree at Himley Hall. With decent light, I hoped for a decent shot or two, but timed it badly - stupid! Should have gone in the morning. Note to self: Go earlier next time!

Anyway, the owl was indeed there, and glared down at me when a passing dog decided I was worth barking at. Such a lovely looking bird though, with amazing feather detail. 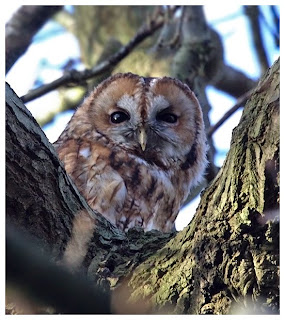 Not a great deal else around, as most was scared off by a mountain bike race going on. The light over the lakes made for a golden shot of a coot though. 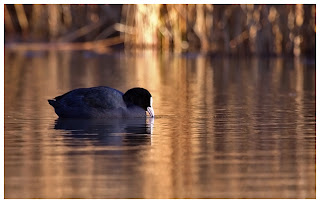