It's owl season at the moment, so I am always going to be headed off to see some shorties whenever possible, though another bird had taken my fancy, a great grey shrike. It had been seen and photographed over at Morton Bagot, which is a speck on the map, the turn off for which I drive past every time the M40 is closed and I have to use the "old" roads to get home.

Arriving reasonably early on Saturday morning, I knew I was in the right place when I clocked Max's car on the verge, and sure enough, in the distance I could see the neon glow of his latest winter "camo" jacket, along with the trail of down leaking from it, along the path.

The shrike however, was even more distant and I glimpsed it via a kind fellow's scope, before it flew off. Opting to go for a walk down the path further and over the fields beyond, Max and I hoped the bird would oblige, but of course it didn't, and Max sensibly wandered back after a short while. Over the hill I got views of a deer bounding along and a distant buzzard. No sign of the shrike.

Then the phone rang. Max had got the shrike in a tree next to him. Argh!! It's hard enough to walk carrying the camera and tripod let alone run and needless to say by the time I did get back the bird had vanished again. Waiting around yielded no more results so I headed for the shorties at Cossington again.

What a crowd! Loads of my friends were already set up, and had been for some time. As usual, the owls made us all wait but showed just after 4pm, when 2 appeared, followed later by a third and a barn owl too. Unlike the previous encounter the owls remained more distant, but they're simply fabulous just to watch. I love the colour and intensity of their eyes. And that stare! 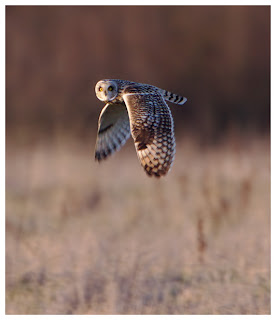 Sunday morning started with a text from a mate to inform me we'd had some more snow. For a change I swapped cars and took out the Scooby, which made me smile through the lanes, having to opposite lock at times when the back stepped out through some corners. Having failed to get a shot of the shrike, I tried again and managed some record shots this time when it landed on the top of a distant tree. 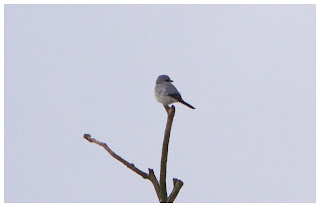 Nothing much to celebrate, especially having seen the shots Max had taken the day before, but still, another one for the collection.
With the snow melting, I headed north again and opted for a different location at Cossington. One which turned out to be out of bounds, when a Trust worker wandered over to tell us we weren't allowed away from the paths. Worth noting for anyone reading this! 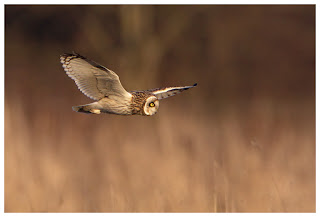 However, the owls had appeared by then albeit later than the day before and I'd managed some more shots in the late afternoon sunshine. Also close by was a barn owl, and with a rather high ISO (1250!!) I managed a half decent shot as it ghosted by. 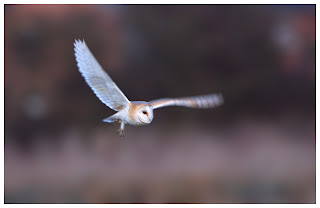 So, not a bad weekend really, though I have to add one extra note. The highlight of the weekend actually came within 2 miles of my house on Saturday morning, when through the mist as I drove along, I spotted a buzzard perched up near the Peacock Inn pub and for once, it didn't fly off when I parked nearby. 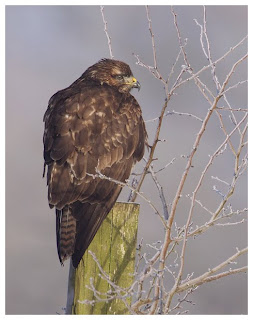 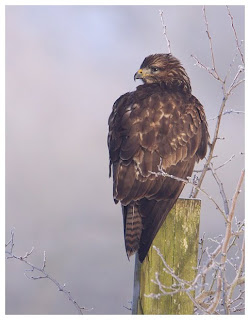 What awesome looking birds they are and I was rather chuffed to finally get some decent perched shots of one. Excellent.
Posted by Pete Walkden at 08:40 1 comment:

This time last year I was spending most of my time working out when I could get down to Milton Keynes to see the group of short-eared owls hunting around the fields and canals there. Unfortunately, these fabulous looking birds of prey don't return to the same area each year, so I've been scouring the bird news sites hoping to spot a new site.

One such place was Cossington Meadows, but having visited there last year and only seen kestrels, I wanted to try somewhere new. Harrington Airfield kept appearing and is only a few miles from Maidwell, which is another location where I saw these birds last winter. Alarm sounding at 5:30am on Saturday morning, I was soon chatting to Ian whilst trudging up the pathway to the northern most bunker.

A strange site - lots of twisted metal lying around the bunker ruins, and lots of mud too, which got caked around my boots. Lots of shrubs and rough grasses, and lots of bales of hay further up the fields. Lots of open spaces but unfortunately not lots of owls. 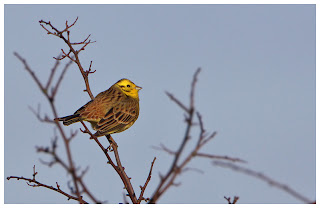 We think, though to be honest couldn't be sure, that we saw a merlin perched on one pile of hay, but it was so distant it may have been wishful thinking. Aside from that, we stood and froze for several hours in the fields, sheltering from the icy breeze behind the concrete structures and saw the occasional yellowhammer and a small flock of goldfinches. Rob, Joe and Steve all arrived which kept things amusing with the banter, but didn't bring any luck with owls and just before lunch Ian and I decided we would try Rutland to see if the long-eared owls were visible.

In short they weren't and it's probably the shortest amount of time I've spent at Rutland. There was hardly anything about. And as for the long-eared owls, I saw a small portion of the top of one's head. Great. And to finish things off, we got rained on.

Rob had mentioned earlier that he might try Cossington later on, so I persuaded Ian to come along for a look and upon eventually finding the place (Ian found it, not my satnav!) we opted to just take the bins to the meadow to see what was about in the drizzle.

Bad move, as within seconds of seeing the meadow and clocking Rob further down the path, we realised there were 3 short-eared owls quartering the fields. Bugger! Needless to say we scuttled back and returned with our cameras (won't make that mistake again) to try for some shots in the gloom.

We actually had some really (too) close views of the owls as they chased each other in flight, and for the first time since getting the 500mm lens, I wished I had brought my trusty old 100-400mm out, as the birds were just too close to capture with the long-lens kit.

That said, I managed a few half decent shots and in doing so turned the day from a cold and wet disaster into something worthwhile. 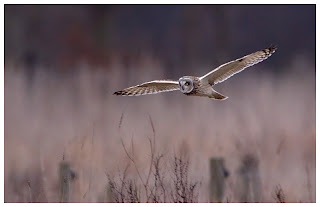 So now I'm thinking about how and when I can get over to Cossington again, though the weather really isn't helping at the moment, with more snow forecast this week!
Posted by Pete Walkden at 08:52 1 comment:

Belvide, The Chase, The Moors and Being Cold

Cold. To have or to be? That is the question.

And on the weekend the answer was both. I'd sniffled all week with one and then on Saturday, sat in the Gazebo Hide overlooking the lake at Belvide, I was aching from it... my fingers eventually went numb, even with gloves on, so I was glad to head back to the car that morning.

By then I'd seen a few tree sparrows, tits and finches, but no brambling alas, though I did spot the lone knot, wandering amongst the iced up edges of the lake. Handholding this new lens is almost impossible - I need bigger shoulders... I wonder if I can buy them online? 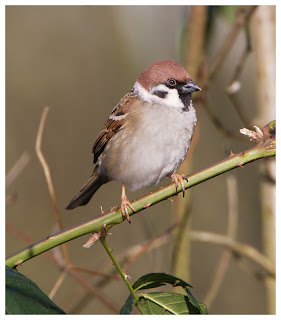 Back at the feeders in the woods, there were more tree sparrows, a nuthatch and loads of tits, including one great tit that stuck its tongue out at me. How bloody rude! 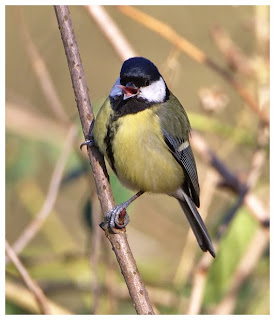 Having almost induced hypothermia, I opted to spend the rest of the day in the warmth of my car, so headed north east to Cannock Chase, to a good spot called Freda's Grave, where the locals put out seed for the birds. As the seed had mostly been eaten, I could make use of the seed in my bean bag. Now this was a tip from a professional wildlife tog. Fill your bean bag with seed, so you're never without any should the need arise!
What he didn't mention was the weight of seed. Bear in mind that the lens and camera probably now weighs about 6kg, plus the old lens and camera is maybe 4kg, plus the bag is about 4kg empty plus all the rest of the gear carried around, including drinks, and the backpack suddenly feels like someone hanging off the back of you, so the last thing you need is a bean bag weighing another 3kg!!
Hence, this week I bought a pink pig micro-bead cushion, and used the contents of that to fill the bean bag, and it's almost weightless now. My lounge though, is covered in microscopic white beads, which seem to stick to anything and everything! And I have a semi-deflated pig looking rather sorry for itself, in a plastic bag to contain the remaining leaking beads.
Back to the Chase, so to speak... there were yellowhammers, long tailed, blue, coal and great tits, robins, blackbirds, chaffinches and a lone siskin by the feeding area. The long tailed tits seemed to have a taste for a piece of banana someone had put out, and hung acrobatically from the bushes, pecking at it. 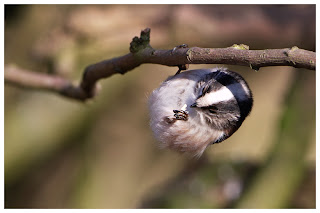 With the light fading and the interruptions from passers by increasing, I opted to head home, to warm up properly.
Sunday was spent locally. After reports of a goshawk at the Moors (Upton Warren) and missing it the previous weekend by being at the Flashes, there was only one place to go, and I was soon sighing in relief as I took off the suitcase from my back over in the East Hide. I was soon however sighing in annoyance, as the local farm workers kept thundering past in a dumper truck, scaring away the snipe and coots from the water's edge and filling the hide with choking diesel fumes. So backpack back on, and over to the West Hide for a few hours.
While the goshawk never materialised, I did enjoy seeing a pair of water rails sliding around on the ice, as were coots, which comically fell over several times.
The usual woodland birds helped themselves to the seed out, and I took advantage of the glowing male bullfinch, as he posed in the hedge. The sparrowhawks buzzed by occasionally and reminded me that I need to learn how to aim the new lens at flying object better, and the great spotted woodpecker popped in a few times for the suet on offer. 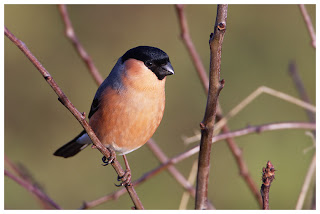 Not great light, but an enjoyable day nonetheless. Then, as is becoming tradition on the way home, I spotted 2 buzzards, both perched close to the road, both bathed in fabulous soft evening light and both in locations impossible to park by. I could and in fact did, scream.
Posted by Pete Walkden at 10:45 1 comment: