Right, where are we? August. I've not been anywhere far afield lately, due to a cough and cold, and also due to the amount of travelling I've already done this year. That said, it won't hold me back later in the year. Locally though, there have been some gems turning up.

First of all, Little Grump. Earlier this year I finally spotted a second little owl in the oak tree and since then have been hoping that the pair would produce some even littler owls for me to see. A little owl addict on Bird Guides advised me on how to listen out for the calls of the young, and so, whenever possible I've been parking up next to the tree and listening.

Nothing in general and I was beginning to lose hope, until one morning towards the end of July, I heard the hissing. Within moments, I'd spotted a ball of fluff, a little owlet.

I still grin even now thinking about it sat in the tree, glaring at me like the adults, but less camouflaged due to the downy feathers. It soon scurried off before I could get a shot, when a pair of joggers went by, but persistence paid off, and I bagged some shots. 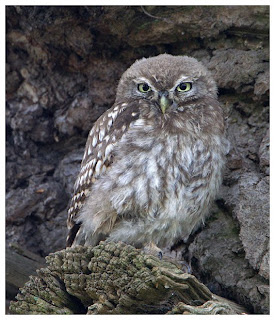 Needless to say, I went back the next day too, and was rewarded with better views of the owlet and also realised that there were two of them! Amazingly, they could already fly a bit, and bounced around the tree like a fluffy monkey. 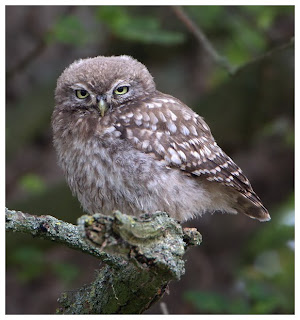 Amusing to watch and photograph. At one point, it pulled some strained yawning expression, which it held for several minutes. Too hot, perhaps? 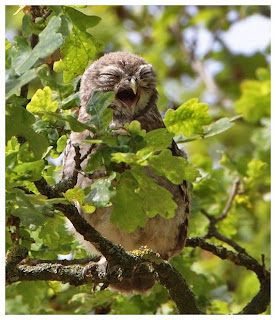 Another treat I received was in the woods near Chaddesley, where I'd originally gone to see spotted flycatchers that had been reportedly seen there. I failed to see them, but did encounter a family of treecreepers, who had made a nest in the woodshed. This made it slightly easier to capture one, though they move so quickly, when trying to get a full-framed shot, you still needed to be lightning fast with the shot. 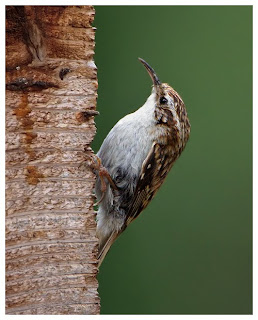 I was intrigued to see the amount and type of grubs being brought back each time. Looks like earwigs are popular! 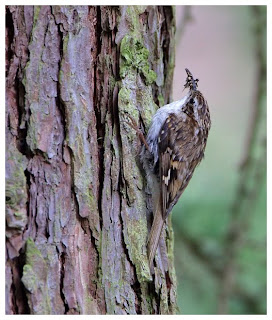 Finally kingfishers. I've not really set out to get any shots of them since acquiring my 500mm lens, so when I saw Stuart's pics of one from Feckenham Wylde Moor (Worcs Trust) I thought it would be worth a go. I'd not been out at all since picking up the cough, so perhaps this would provide something of a welcome break from the misery of blowing my nose all the time and coughing.

The sun was out when I arrived at the hide and I settled down next to a pair of gentlemen already there. One soon left (perhaps concerned about Lurgy Boy's cough) to look around the rest of the reserve, leaving the pair of us on kingfisher watch. It hadn't been seen for about an hour. I took that as being a good sign, in that it ought to show up soon. 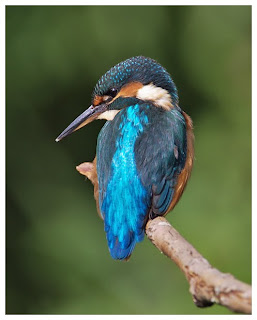 It did. And my word was it close! Had to turn the camera to portrait mode to get the bird in the frame. The bird being a juvenile female, and a prolific fisher too. Must have taken 5 fish on the first visit, and another 3 or 4 on subsequent appearances. 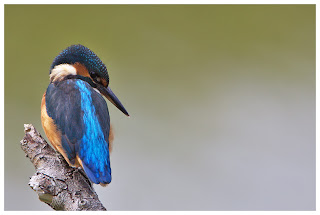 A lot of my previous kingfisher shots are cropped a fair bit, so it was superb to get some full frame shots, and in good light too. Even bagged some with a stickleback caught. 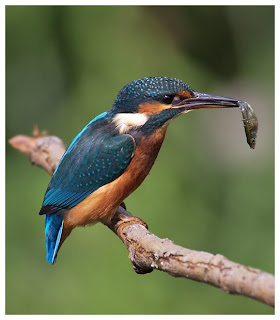 After about 90 mins, the phone rang and I was invited to the pub by some friends. Seeing as I'd taken a good few shots by then and the light was fading, I took them up on the offer. I think I've got my fill of kingfisher shots now, at least for the time being. I don't ever seem to get tired of getting my fill of real ale though!

Getting used to normal bird photography after the trips to Scotland and Skomer has been quite a come down. There seems to be very little around at the moment, aside from gulls, which if you read this blog you know I'm not exactly one to get excited by such birds. Sure, I could go to Brandon Marsh and add to the numbers of 'togs getting shots of the kingfishers performing there (still might) but I wanted something a little different.

I'd been to RSPB Otmoor earlier in the year but there was little about that I could see (dipped on the garganeys), though the new hide looked promising, albeit unfinished back then. And I'd got drenched there too, when the heavens opened as I was at the furthest point away from shelter. However, at this time of year there should be hobbies present, so I set off with these wonderful agile birds in mind.

On reaching the reserve the sun was out and it was quite an effort to walk to the gate without sweating profusely. I walked along the bridle-way, towards the military range and chuckled at the warnings on the Gate. There was a warning about not picking up debris as it might kill you. Another than cows with calves can be aggressive and a third saying that there was a bull loose in the field. With this in mind, I turned back and returned to the main part of the path again!

Scanning the skies as I went, it became pretty clear that there were no hobbies present. Just a sole kestrel, hunting way out over the marshes. I was about to head along the path to see the hide and what it looked out on, when a bird shape caught my attention. It looked brown and pointy, and was sat on a bar of a fence of a cattle enclosure. Bins out in a flash and I had clocked a cuckoo. And a juvenile one at that. As with the adults though, as soon as I'd fired off a couple of shots, it flew off.

Unlike the adults, it stayed in the same sort of area, and I moved position to get a better view of the enclosure, from the gate on the reserve. I did expect it to take flight, but it was far more interested in the caterpillars around, and wasn't bothered by me at all. In fact, it flew a lot closer, and sat on a post, yards from me. 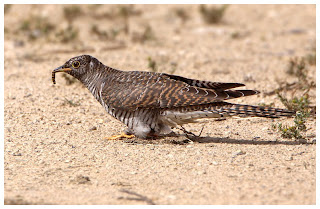 From here it would then swoop down into the undergrowth, and return with a caterpillar, knock the insides out of it, and consume. Then look for another. This took it to different perches, while I waited patiently, taking shots as it went about its business. What a cracking bird though. 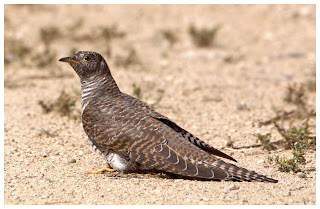 Eventually, it was spooked by someone walking along the path, and took flight further into the reserve, but by then I had bagged a load of shots and had all but forgotten about the lack of hobbies. And with the light fading as dark clouds rolled in, I opted to head back home, as I had a flight for work in the morning, meaning a get-up at 4am. 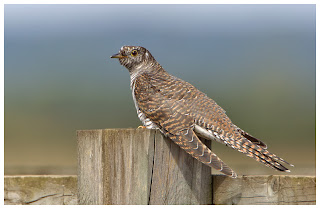 While there is no hope of seeing eagles or puffins when out and about locally, the trip had proved that you can still dig up gems and had raised my spirits no end.