At last, a weekend with a day of good weather forecast, though when I arrived in North Lincolnshire to find it shrouded in mist and drizzle, I have to admit to have uttered a few expletives. A new area for me though, and one that promised good things.

Initially I checked out the marshes where I'd be heading later in the day, and was pleased to spot a pair of short-eared owls performing some aerial acrobatics, albeit somewhat far off. And later, I spotted a marsh harrier heading by.

Nearby was the reserve Far Ings, and this location seems to pay dividends to locals, who bag wonderful shots of bitterns, marsh harriers and bearded tits, plus occasionally the likes of a passing osprey. Sadly the weather dampened down anything that might have shone that morning, and my timing seemed out, as I arrived in the main hide to find I'd just missed a passing bittern (and later discovered after I'd left, I missed a merlin!).

Such is bird photography. The weather seemed to be brightening up a bit, and Stuart had now joined me for the remainder of the day, and hopefully the main event.

Readers of this blog know how much I adore owls, and any chance / excuse I have to photograph them, I try to take. Some of the very best short-eared owl shots I've ever seen had come from this spot, so I hoped my luck would change. The weather had certainly changed, and the sun was now out, with a light but rather chilly breeze.

After seeing the owls performing at the other end of the area from where we'd set up, we opted to wander down the road to both get a bit closer and also try to warm up a bit. Annoyingly, the owls refused to come closer, and the only chance for a decent shot when a lone bird flew over from behind us, left me cursing my camera when it wouldn't lock on. Stuart bagged some lovely shots.

As the light was fading and our cars were at the other end of the road, we wandered back towards the area we'd been originally stood, and it soon dawned on us that the gathered crowd had something rather special nearby. Unbelievably, a short-eared owl was perched only a few yards away from everyone, and didn't seem to be bothered by the excited photographers one little bit. 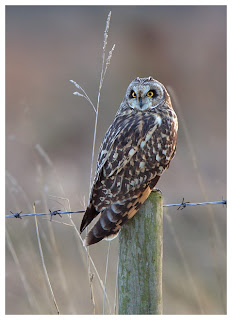 Needless to say we took advantage and joined in, getting shots from the other side of the road - I had to back off to fit the bird in the frame, and switch to portrait to compose the image. 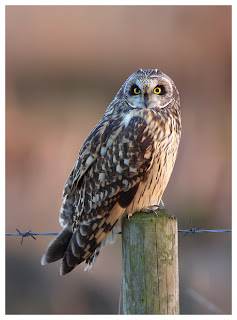 What a stunning, gorgeous bird. Those eyes... 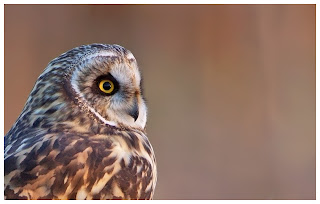 The slightest movement of the owl brought on a wave of shutter clicks, but it just sat there. Eventually, after a bit of a preen, scratch and ruffle, it moved away and down into the undergrowth, leaving everyone with huge grins and images of an unforgettable day. 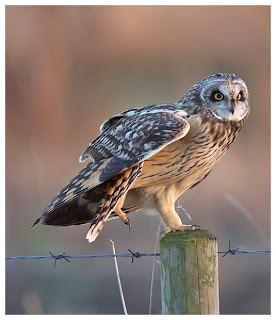 Bits & Bobs, and a new Diver

Last weekend was rather bitty. Saturday I trundled over to see if I could see Little Grump, and did, when a passing car spooked it out of its hiding place and into the open, but the dreadful light meant shots weren't anything to write home about. The same could be said about a male kestrel I spotted nearby, but the image turned out okay in the end. 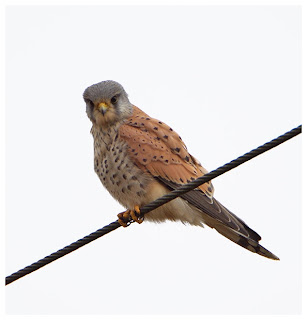 A brief spell at the Moors Pools later yielded little, aside from the usual, though I was pleased to see a fieldfare guarding the apples on the path again. Perhaps one to try for on a brighter day. 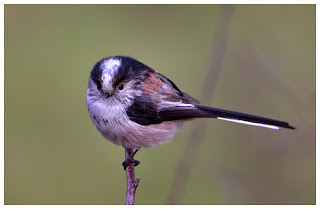 Sunday started with a browse through pics on various websites and resulted in me heading to Clayhanger Marsh, the spot where I saw a hoopoe last year. This time it was for a black-throated diver that had been seen on one of the pools up there.

After getting local info as to how to find the lake (handy!) I wandered down to the bank and set up, setting the camera up using a passing mallard. Good thing I did, as seconds later, the diver surfaced virtually right in front of me! Needless to say I grabbed a few shots - what luck! 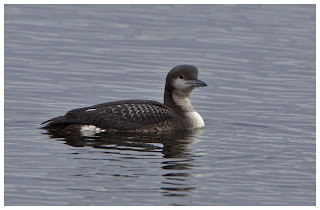 The diver then glided behind an island in the lake, and along with some birders who'd joined me by now, we guessed that it would appear around the other side, so moved over to wait for it. Another wise move as it appeared pretty close again. 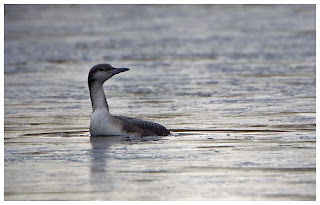 Disappearing beneath the surface, it reappeared in a small hole in the ice at the edge of the pool. Rather than dive under again, it seemed to panic somewhat, and flap / slide / scuttle across the ice back to the open water again, which was amusing to observe. 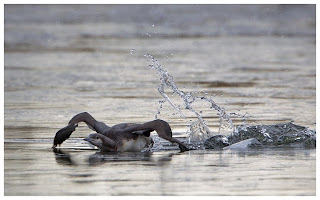 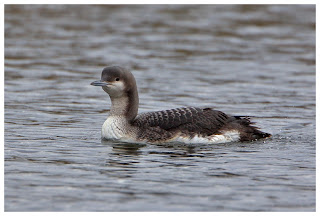 After a bit of a preen, it headed out into deeper waters, and I didn't take another shot. By then though, I'd already fired off 230 pics! Enough I thought, and opted to head 10 miles north, to Cannock Chase. 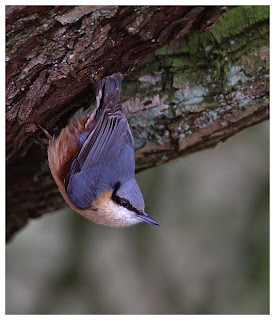 The cloud seemed to follow me, and despite there being sunshine back home, I had to endure gloomy conditions at the feeding site, but still bagged shots of great, willow and coal tits, nuthatches and a female bullfinch. 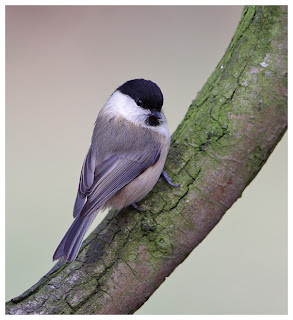 Not a bad end to the day, and enough images to keep me amused during the dark evenings of the following working week.