I've not been down to Cornwall since my brother's stag do took us there for a night back in 2010, so managing to arrange a few days in St Ives, at the last minute was a welcome break from all the intense work lately, and as Dad was also free, he didn't hesitate to accept the offer of coming along.

The trip down was pretty uneventful, though the Station Car Park served to infuriate, as it stated clearly on the signs that weekly tickets could only be bought online or over the phone via Ring Go, only to find out from the automated call, that the most you can buy is 7 hours. The joys of technology!

The break was never going to be one for concentrated bird photography - it was more of a get-away-from-everything for a while, but knowing the area, I took down my 7D and 100-400mm lens, just in case. Glad I did, as there was a fair bit to see! Despite reports from other places of rarities, we had decided to leave the car and just see what could be seen locally.

Wrens and turnstones, mainly! The latter seen in small gatherings along the front near the Lifeboat Station, numbering up to 40 I reckon. So tame too, you could almost reach down and stroke them! 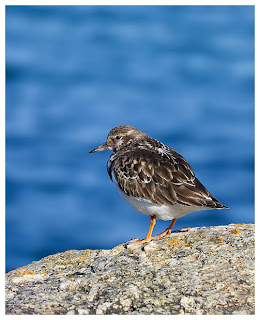 On a walk to Carbis Bay one morning, I don't think I've ever heard so many wrens singing. Couldn't walk for more than 30 secs without hearing one burst into song. 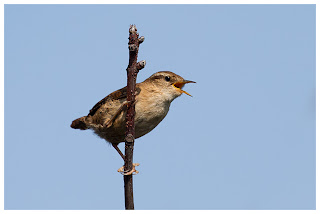 A quick mooch down to the shore by Porthminster Head, yielded a bobbing seal, lounging in the shallows and also a wheatear, though it flew off when it saw the bumbling fool that is me, stumble down towards it on the rocks. 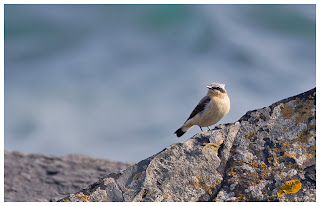 A favoured walk we have is along the back of Porthmeor, and up the cliffs just until they turn away from St Ives. Heard wrens (surprise!), chiffchaffs, chaffinches, goldfinches, blue and great tits, plus the usual array of gulls, passing by on the breeze. I have to say, we were so lucky with the weather, allowing us to go on such long walks, and see both the place and wildlife in full sunshine. Was fab. 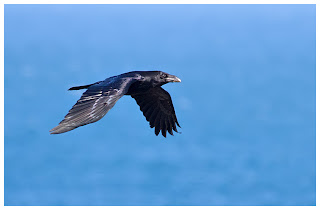 I know there are peregrines around the cliffs, so I tried to keep one eye on the skies, though we only saw that twice, and both times missed it with the cameras! We did see several buzzards and a few ravens, which is always a treat. 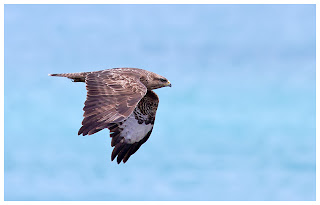 The buzzards occasionally dropped down low, and one even perched on the side of the cliffs, long enough for me to grab a few pics, but it vanished as I tried for a closer view. 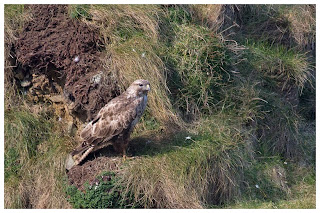 Stonechats are resident here too, and after several attempts to get close, I managed to get a bit of luck, when a dog scared the male bird and it landed near me, as I crouched in the gorse hoping. Such lovely birds - must make a trip to Devon one weekend to get some more... 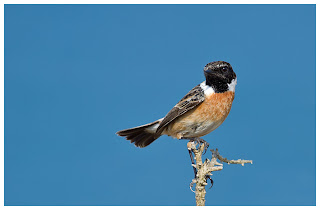 Reports of a night heron at one of the small pools out of the back of St Ives, encouraged me to don my hiking boots and go for a proper wander. Dad didn't fancy it, and with hindsight it was a wise move, as I ended up walking miles!

No sign of the heron, or much else on my adventure. Up and over hills, down tracks, over walls, through gates, avoiding annoying growling dogs and finally back down the coastal path, where the scenery was simply gorgeous. Oh, and of course hiking back to the Sloop Inn, meeting Dad for a few pints of Doom Bar.

You don't have to go far to see wildlife - another favourite area is the Island, and we liked to sit on the benches at the back, watching the birds fly by. Starlings picked their way through the long grass and sang from the rooftops, and pipits rose high singing, before carrying their song back down in a flutter to the ground. 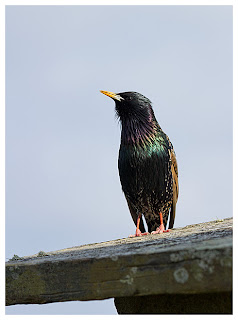 At sea, gannets were the main attraction, occasionally coming in close enough for photos, diving dramatically into the sea for fish. Once again, I failed miserably to get any diving shots, but with only 400mm to play with, they'd never have been much cop anyway. 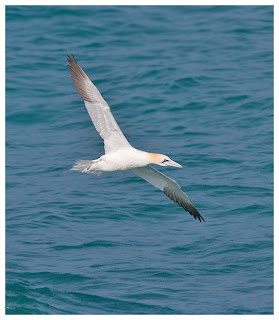 With the clocks changing and the weather being so warm and sunny, it was hopefully a sign of spring and then summer coming along, and with sightings on the last day of a pair of sandwich terns hunting over the waves and then a swallow zipping over the Island, the wildlife was hinting at it too.

I'll have to make sure I do more of these unplanned trips - superb!
Posted by Pete Walkden at 21:02 1 comment:

There are times when I drive literally hundreds of miles and get back thinking I'd have seen more had I stayed in my garden. To possibly improve this theory, I have started to create a pond, so when weekends and the gradually brightening evenings allow, I will be digging and shaping that idea. As a result, the last weekend I spent most of my time on that, and as it happened with the weather as it was, it was more productive than driving round aimlessly hoping for something to point the camera at.

That said, Saturday afternoon brightened up a bit, and I zipped down to see the little owls. Was just enough light left on the side of the tree facing me, and just enough of an owl visible to take a shot, and it gave me time to munch a sandwich and mull over where to head. 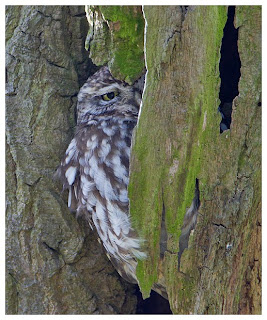 Whitacre Heath was chosen, mainly because I hoped to see some redpolls. The light is admittedly better there in the morning, but I didn't have access to a Tardis, and besides, it had been cloudy earlier.

On the feeders by the carpark, chaffinches, blue and great tits fed, plus below, a rabbit was nibbling on the grass until I opened the car door. Heading to the woodland hide, I checked the trees for any lesser spotted woodpeckers, often seen around now, but nowt on show sadly. 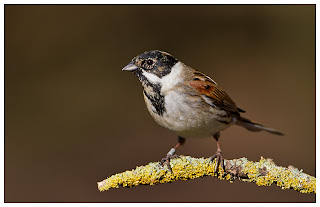 Reducing the lens from 700 to the basic 500mm, allowed for more light through it and hence more of a chance of a decent shutter speed, as the light was already changing when I had set up.

Reed buntings, though not as many as in previous years were around, as were lots of blue and great tits. The great spotted woodpecker visited the suet feeder frequently, and after about half an hour, a small flock of lesser redpolls arrived, much to my delight. 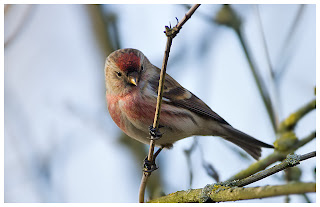 They dropped down, one by one to the nyger seed feeder, and as they approached, I tried to get some shots. The light wasn't great and with a wide shutter setting, it was important to nail the focus on the bird's eye (or face, if it's moving quickly!). 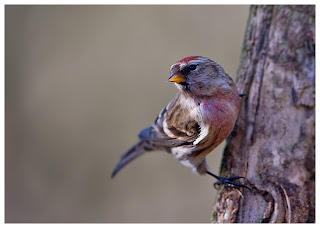 They're such lovely looking little birds, so vibrant from the front, but well hidden when they turn their back to you. 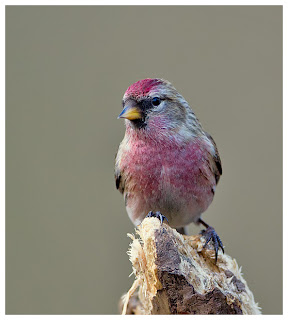 Problem was, they often perched too close for me to focus on them, so I had to simply sit and admire them. 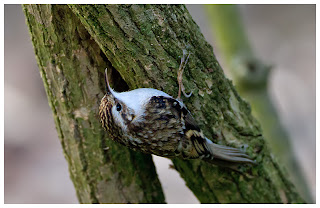 When the light started to fade, I applied the "5 mins more" rule to good effect, when a treecreeper dropped down to have a look around the foot of a small tree by the pool. Great little birds to watch, as they scurry up and down tree trunks. I shall have to seek out a nest in the local woods this spring, to get some more shots.

After it flew off, I headed home, and Sunday, well that was a wash out, but at least Operation Pond was started.
Posted by Pete Walkden at 23:24 3 comments: