According to the news, we're about to start summer. News to me, as I've not really seen much of spring yet, with this last week been a great example. One minute it's warm, the next you're firing up the central heating again.

At least some of the spring birds have returned, and to see some favourites, Dave Hutton contacted me and we agreed to meet at Gilfach Farm. I'd been out the night before, so expected to see Dave waiting when I arrived, but the farm was empty, and strolling into the courtyard, I saw a tawny owl making off with something it had robbed from a nest. A quick look around and I could see siskins and redpolls, and then a flick of red in the tree above me, gave away the presence of a male common redstart. 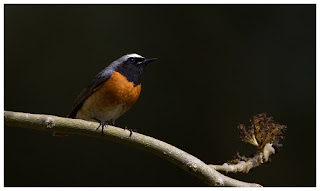 One of the reasons for going, and once Dave had joined me, we were soon taking shots of the male and female, plus an obliging nuthatch. 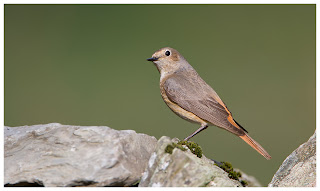 Pleasing to see was a second pair of redstarts nesting at the back of the courtyard, and Pip had already got them pretty much feeding from his hand. 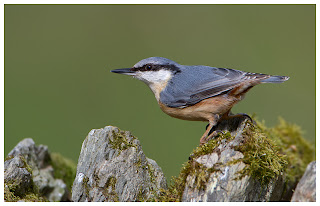 A movement in the wall caught my attention, and a cheeky-looking shrew appeared, and took advantage of some of the food laid on for the birds. 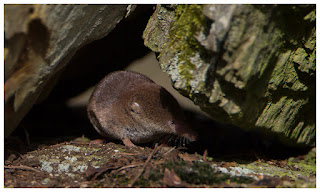 Down at the hide, there was a pair of pied flycatchers, and another pair of redstarts, plus more nuthatches. 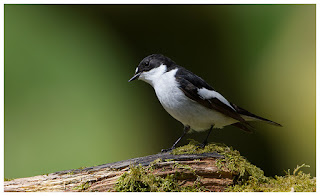 On the river was a busy pair of dippers, though they'd both been ringed, which puts me off photographing them. Didn't matter, as I was taking enough of the migrants anyway. 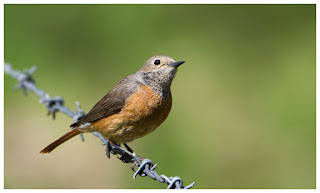 Such a good spot for photographing these birds. 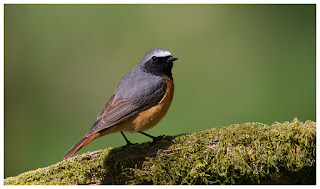 Along the river, I caught up with another dipper, minus any rings, but the light was very harsh. 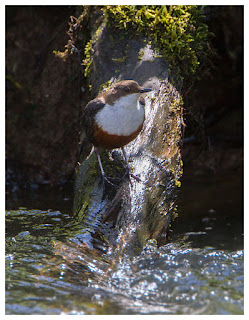 And I could hear several cuckoos around, though none would come close.

A brief trip to the Elan Valley yielded only distant views of a whinchat, so it was back to Brum, via the winding roads east!
Posted by Pete Walkden at 22:16