Fun At The Flashes

One of my "bogey" birds is the red-necked phalarope, and if you've read my blog since it started, you'll know I only got a very distant view of one on Uist and then failed to see any at all on Shetland (Fetlar). So when one dropped into Upton Warren's Flashes, I was keen to get over, and set about making plans to get out of work early to see it.

The original message came as I was getting up but after being in work for about half an hour, the dreaded message came through, that the phalarope had been taken by a peregrine. I could have screamed, but before I could fill my lungs, another message pinged up, false alarm. So my plans were still on, and after clocking off at lunch, I was soon picking up Dad, so he might also try for the rarity.

It didn't start well, with me being hailed on as I collected my gear, and then driving through a storm, with rain, more hail and sleet, battering against the windscreen as I drove to the reserve. I should have guessed that this would be an omen. Scuttling down to the hide, I opted for the dungeon and was met with familiar faces; Rob and Bob were in there, and it became clear quickly that the phalarope wasn't one for coming close. Damn! 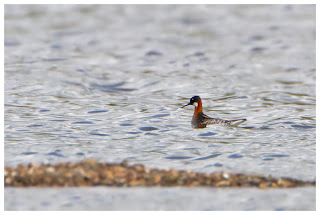 It seemed to like feeding right at the back, and as such, my shots could have been mistaken for dust bunnies on the sensor! Not what I had hoped for. 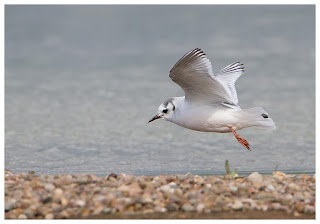 Bored, I resorted to taking photos of the other rarity on site, a little gull. Not bad for a gull, but no phalarope... 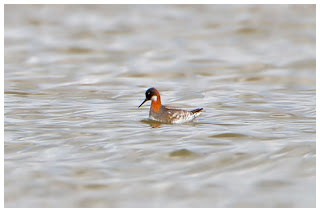 Eventually, the phalarope dared to come a bit closer, but just as we hoped for something resembling just a record shot, down came the peregrine once more, and took a small wader. 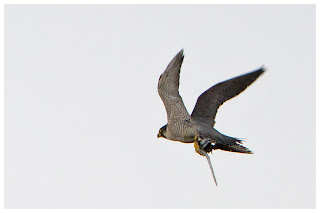 No sign of the phalarope afterwards, and we all examined shots of the prey being carried off. Rob had a shot with the side of the bird's head shown, and we worked out it must have been a dunlin, from the shape of the beak. The second poor dunlin of the day, as it turned out. Most of the remaining dunlins took flight with the phalarope, and despite my disappointment of yet again failing to get a decent shot, I was glad it had survived to annoy me for another day.

The following Saturday I was pencilled in for helping the Trust with a Beginners' Birding Day, which was amusing, albeit rather cold. I was camped out in the lower part of the hide again, and helped locate and ID some of the birds.

The punters were lucky in a way, as some rarer species put in a show, with a yellow wagtail, dunlin, ringed plover and the apparently settled little gull, all made several appearances, and a nesting sedge warbler, who kindly posed on a nearby bush, made one lady's day. 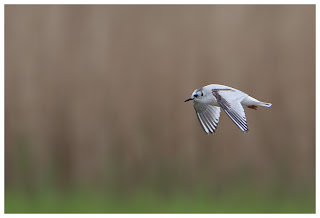 The ringed plover and little ringed plover didn't seem to get along, and had a couple of fights, which was rather amusing, given the size difference. 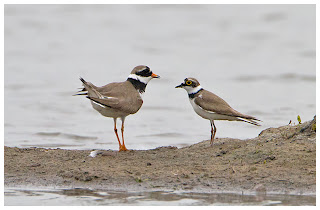 The light was pretty dire though, so no special images taken, though we all had a good laugh throughout the day, munched free choccie biccies (always a result!) and hopefully inspired / encouraged a few new folks to submerge themselves in the wonderful world of wildlife.
Posted by Pete Walkden at 22:10

Glad to hear you finally connected with the Red-necked Phalarope Pete...it's always great to get bogey birds out the way.

Short-eared Owl in Worcestershire was a county bogey for me until the recent Upton bird..so I can empathize!